Today, I am releasing Deployment from Scratch, 1st edition. It was a long journey of more than three years, and it’s time to make it a reality. Of course, I could always do a one more read and rewrite a paragraph or two, but it’s just as important to stop at some point and let the world benefit from all that work. 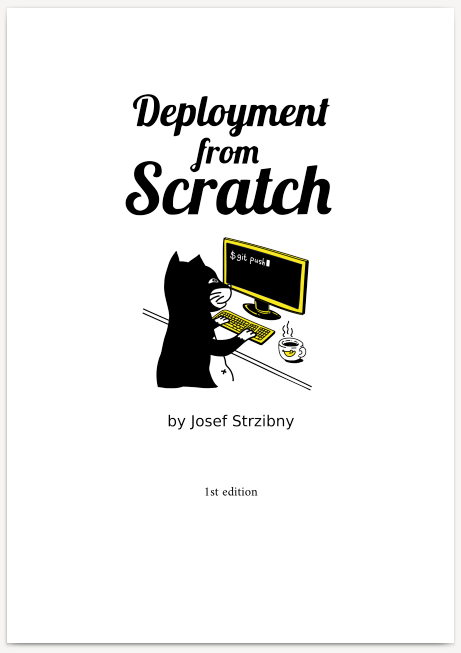 It all started as a small resource of deploying a Rails application on a virtual server, but it outgrew itself by a large margin. Python, containers, NFS, or emails were included, among other things. It’s the single resource you need to get started with deployment. Although from scratch, it goes wide and deep.

It covers a lot: 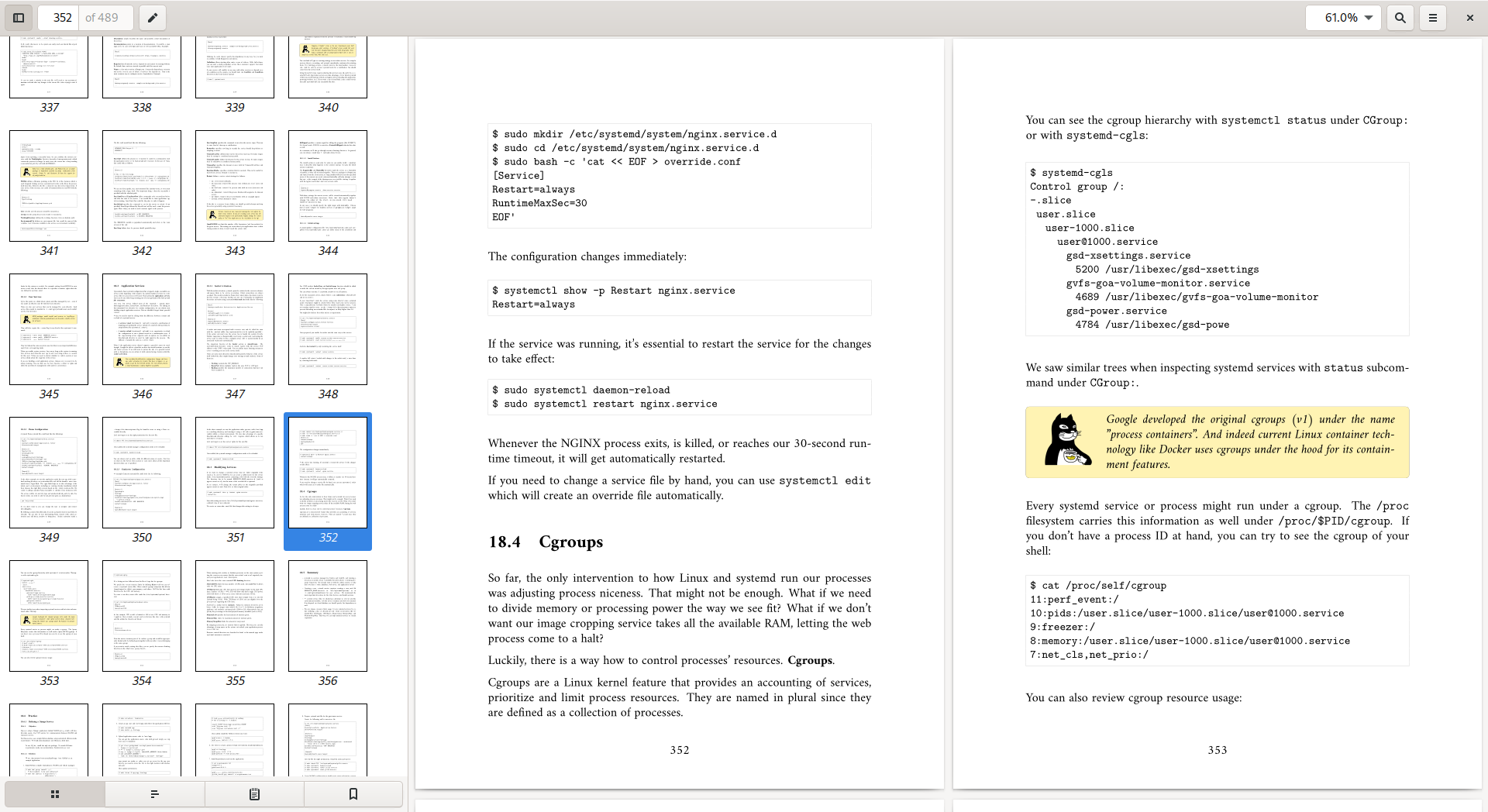 Learn about the final list of chapters at the book landing page.

Apart from being a book, Deployment from Scratch is also about scripted demonstrations that you can use in production with a little bit of work. I show how you can do a decent repeatable process with a bit of Bash glue without the need for more tooling.

The three demonstrations being:

And as a bonus, I included some cheatsheets and a security checklist. Handy to check before a production deploy!

If you havent’s bought the pre-release, get your copy! Chances are, the book will make you more down the line than it costs.